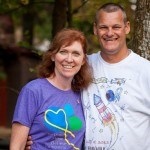 The Pray~Hope~Believe Foundation (PHBF) was established by Lynne and Rick Merk to honor the memory of Tony Merk – a 6-year-old boy who died on July 4, 2011 after an almost three-year battle with brain cancer. The PHBF provides funding for pediatric brain tumor research, supports children/teens who have a life-threatening condition, and honors the memory of Tony Merk through scholarships. We also hope to increase awareness of pediatric brain cancers in order to find more effective treatments with fewer significant long-term side effects. PHBF primarily supports research conducted at Cincinnati Children’s Hospital Medical Center. We aim to support innovative research projects with an emphasis not only upon ridding the body of cancer, but also minimizing the long-term, serious side effects of treatment. “Pray~Hope~Believe” became the theme for Tony’s journey on earth and is now his family’s theme for living and healing. 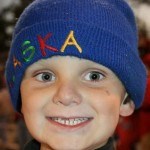 Tony was diagnosed with medulloblastoma, an aggressive pediatric brain cancer, on October 27, 2008 – one month shy of his fourth birthday. He underwent brain surgery two days later to remove the primary tumor, but the tumor had already metastasized to another spot in his brain and throughout the spine. In order to treat the remaining cancer, Tony underwent 31 cranio-spinal radiation treatments. Initially, Tony’s treatment team insisted he be sedated for radiation because he was so young. Tony did not like the “sleepy medicine” so we helped him prepare for radiation treatments without sedation. For this, he had to lay perfectly still for about 20 minutes while laying on a bed, wearing a tight fitting mask that was screwed to the bed, and having a large machine move around him as it provided the treatment to the right spots. Tony amazed his treatment team with his ability to tolerate these treatments without sedation. He was a superstar! Superstardom continued during the next phase of treatment in which Tony received high-dose chemotherapy followed by stem-cell rescue. For these treatments, he was hospitalized and under strict restrictions because his blood counts were so low. For 4 months, Tony was either in the hospital or confined to our home. He was not allowed to have contact with his 3 older brothers while in the hospital because his blood counts were so low. When home, he was not allowed to interact with any children other than his brothers. We had to be careful about any other visitors, as well, because Tony’s ability to fight infection was highly compromised. Tony had to take many medications. He underwent numerous tests (MRIs, kidney tests, blood tests, lumbar punctures, etc.) and received many blood transfusions. Tony handled all of this like a superhero. He made being stuck in the hospital fun – always finding games to play and things to do. He loved to scare the nurses with his toy snakes, bugs, and spiders. Tony enjoyed singing and dancing, setting up a carwash to wash his Hot Wheels cars, picnics on the hospital floor, and much more. We even wrote a song called “My own superhero” about how strong Tony was – and “with God on my side, I don’t have to hide. I am my own superhero.”

Tony came through this treatment and seemed to beat the cancer. He experienced a year of clean scans before the cancer returned in June 2010. We were told there is no known cure for recurrent medulloblastoma so we embarked into the great unknown – trying to make treatment decisions for our son knowing that even THE most expert neuro-oncologists did not know what was likely to work. We talked with experts throughout the world to make these decisions. Once again, Tony seemed to tolerate treatment well. He attended school every day he could, played soccer and enjoyed life. In November 2010, while at his 6th birthday party at Chuck-e-Cheese, Tony complained of a headache and fell asleep. He didn’t wake up for hours. We took him to the ER where we were told he was likely having seizures. They needed to induce a coma with medications in order to get the seizures to stop. It was a scary time, but Tony remained strong and was discharged from the hospital just prior to Christmas. The seizures continued to occur as we had a difficult time finding a medication combination that worked and the cancer continued to slowly grow. We finally found a treatment that seemed to be helping with the cancer, but Tony’s body was not tolerating the treatments so they were postponed. Despite Tony’s struggles, we were able to take a family vacation the week of June 11th, 2011. Tony enjoyed the vacation and had no seizures. Sadly, following this miracle vacation, his body deteriorated to the point he passed from this life and entered Heaven on July 4, 2011. A golden light seemed to emanate from Heaven through the window at the time of his passing – as if providing him a golden path to Heaven. It was a devastating – yet beautiful – moment for our family. On the date our country celebrates Independence, Tony gained freedom from cancer, pain, and the limitations that were placed upon him. He was free!

There is another part to this story – a story of a little boy’s faith in God despite tough life circumstances. Just like many other young children, Tony had a pure faith in Jesus. He loved walking over to the large crucifix at our church and touching the feet of Jesus. When he was ill, he talked about being visited by Angel Raphael. We witnessed conversations Tony had with Angel Raphael. Tony talked of dreams in which the angels appeared to him (Angels Michael and Gabriel – in addition to Raphael). Tony mentioned a time Angel Raphael visited him while he was sleeping; Angel Raphael gently picked Tony up, hugged him, kissed him, and laid him back in his bed. This image is so beautiful and comforting for us – it brought tears of joy. Then Tony went on to say that after Angel Raphael placed him back in bed, two bad guys came into the room and Angel Raphael punched them. Angel Raphael then called the police and the bad guys were taken to jail. In Tony’s final weeks, he also talked of being visited by Jesus who came down off the cross – including one time Jesus snuggled him. (Addendum from Tony’s Mom: Prior to Tony describing Jesus snuggling him, I had an image pop into my head of Jesus holding Tony on the operating table during one of Tony’s surgeries. I never shared my image with Tony or anyone else – until I heard Tony’s description – and I knew it was true.) We shared Tony’s faith with others through Tony’s carepage and have had many people share with us that they returned to or renewed their faith because of Tony’s story. He has had a lasting impact upon many.